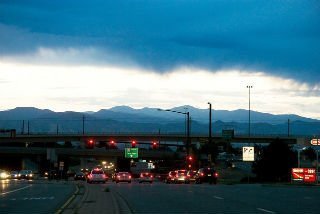 As stated above, with regard to marijuana use, any amount of THC over five nanograms per milliliter of blood provides law enforcement the ability to charge a driver with a DUI.

As currently written, Colorado law treats impairment the same, regardless of whether it stems from alcohol or drug use.

Specifically, that means that if a law enforcement officer makes a traffic stop based on a suspicion that the driver is under the influence of any substance, the officer may request that the driver submit to a breathalyzer test or blood test.  Unfortunately for the individual pulled over, he or she does not have the option of speaking to an attorney prior to submitting to such testing; as such a request may be deemed a refusal.

It is important to note that a refusal to submit to chemical testing carries an automatic suspension of the individual’s driver’s license for one year.

More often than not what this means for drivers in Colorado is that they will have only two choices: accept the charges and corresponding punishment, or fight the charges in a court of law with the help of an attorney with experience in this area.  The latter may seem costly, but given that the average DUI sentence includes fines and fees along with potential incarceration and a mark on a driver’s permanent record, hiring an attorney in cases involving a DUI charge may be the most prudent course of action.

It is important to remember that once a law enforcement officer has determined that probable cause exists to make a traffic stop, a DUI citation may be issued to the driver based on that determination. This is not only regardless of which chemical test is used, but also applies if the driver refuses to submit to chemical testing.

In Colorado, penalties for driving under the influence are no different if the offending substance is marijuana rather than alcohol.

Complicating matters is the fact that there is currently no breathalyzer test for marijuana. It should also be noted that officers may require that a suspected impaired driver submit to both a breathalyzer and blood test, if the breathalyzer results show that the driver is not impaired by alcohol. Colorado courts have found that officers who have probable cause to support a breath alcohol test, and that test shows no impairment, drug use is a reasonable explanation for the driver’s intoxication. This means that officers in Colorado do not need additional evidence of suspected drug use to request that a driver submit to a blood test.

This issue has led to an increase in officers completing Colorado’s Drug Recognition Expert (DRE) program.  The DRE program was designed to aid law enforcement in the prevention of drugged driving by teaching officers how to identify a driver who may be impaired by a substance other than alcohol.

Five nanograms of THC are all that is needed to change a motorist’s life forever by a DUI, and Colorado’s law enforcement officers remain vigilant. Therefore, if you are planning on taking advantage of the new marijuana laws in Colorado, it is best if you also plan to use alternate means of transportation to enjoy all that Colorado has to offer.

Please don’t hesitate to contact my office if you have any questions! The first consultation is free!