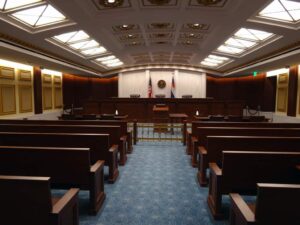 A felony is a crime that is more serious than a misdemeanor crime, and conviction of one generally involves time in prison. Colorado criminal law defines a felony as an offense punishable by a state prison term of one year or more. Similarly, the federal government defines a felony as any crime that carries a federal punishment of one year or more of incarceration. If you have been charged with a state or federal felony in Colorado Springs, Colorado, the services of a Colorado Springs felony defense attorney could be critically important to your future.

Colorado criminal law divides felonies into classes based on the severity of punishment:

“Inchoate” means “incomplete.” Inchoate offenses refer to activities that become crimes before the intended act is completed. Some but not all of these crimes are felonies. The purpose of making these offenses illegal is to stop someone before he or she can do harm.

Attempt: “Criminal attempt” refers to attempted murder, attempted kidnapping, attempted arson, etc. Three elements must be satisfied beyond a reasonable doubt for the prosecutor to win a conviction – (i) you intended for the crime to occur (you intended to kill someone, for example), (ii) an overt act toward commission (buying a gun probably wouldn’t be enough, but breaking into the victim’s home with a gun may be enough) and (iii) failure to complete the intended crime.

Conspiracy: A conspiracy is an agreement between two or more people to commit a crime or, in some cases, a legal but harmful act such as an act of moral turpitude. The agreement doesn’t have to be in writing.

Solicitation: To be guilty of solicitation to commit a crime, you must (i) intend for the crime to be committed by someone else and (ii) utter words of incitement to the person you intend to commit the crime.

An inchoate offense is generally charged at the next class down from the underlying crime. An attempt to commit a Class 4 felony, for example, will be charged as a Class 5 felony. If you have been charged with a felony, contact an experienced felony defense lawyer that knows Colorado’s justice system very well and can help you minimize your charges or avoid conviction.

The Statute of Limitations

An expungement can potentially erase the record of an arrest, charge, trial and/or conviction. Although an expungement can take a felony off your public record, this record will still exist and can still be used for law enforcement and certain other governmental purposes. The strongest candidates for expungement occur when:

Even in the aforementioned cases, an expungement is not guaranteed. Indeed, not all felonies are even subject to expungement. To find out if your particular case could benefit from expungement, contact me for a free initial felony defense attorney consultation in Colorado Springs. If you are in jail, I can meet you there.

A Colorado judge enjoys a certain amount of discretion in sentencing so that he or she can sentence a defendant fairly in light of the specific facts of the case. Some of the sentencing options in which a judge has the (limited) discretion to impose include:

Many activities, such as possession of certain recreational drugs, are illegal under both state and federal law. Some crimes, on the other hand, are exclusively state crimes as long as the activity does not cross a state line. Once a state line is crossed (from Colorado into Wyoming, for example), such an activity becomes a federal crime. Some crimes, such as IRS tax fraud and immigration fraud, are exclusively federal crimes. When a crime can be classified as either a state or a federal crime, the federal authorities can force Colorado to drop its prosecution in favor of the federal prosecution.

If you are prosecuted under federal law, you will be tried in federal court (most likely in Colorado) and your case will proceed under the Federal Rules of Civil Procedure and the Federal Rules of Evidence. Although these procedures are similar to Colorado procedures, certain differences exist that could potentially make a critical difference in your case. The federal government has its own system of classifying and punishing crimes called the Federal Sentencing Guidelines, which in many cases imposes punishments that are harsher than those that Colorado criminal law imposes.

For more information on how a certain crime is classified and what options you have, contact me for a felony defense attorney consultation.

As a convicted felon, you lose three civil rights:

There are many, many more potential defenses available, depending on the facts of your case. Schedule a felony defense lawyer consultation today with Schwaner Law and find out what types of defenses are available for your specific case.

Don’t let a temporary lapse in judgment put your freedom in jeopardy – you can fight back! My name is Christian Schwaner, and I am an experienced Colorado Springs criminal defense lawyer with a strong track record of success. As a former prosecutor, I know how the other side thinks. Due to my understanding of how the Colorado criminal justice system works, I have been successful in helping many people like you who are facing felony charges.

If you have been arrested for a felony in the Colorado Springs area, contact me at 719-577-9700 or through my online contact page. I provide a free initial consultation, and I can even visit you in jail if necessary.