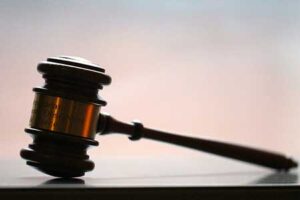 My name is Christian Schwaner, and I am a criminal defense attorney and former prosecutor. If you have been arrested on domestic violence charges in Colorado Springs, I want to help. I have helped hundreds of people get through this trying time, and I can help you too.

Colorado has some of the harshest domestic violence laws in the country. If you are convicted, you may be sentenced to significant jail time and can lose certain rights, including the right to carry a weapon.

What is “Domestic Violence” in Colorado?

Believe it or not, domestic violence is not in itself a crime in Colorado. Instead, it is a “sentencing enhancer” – that is, it can be applied to increase the penalties against someone who has already been convicted of the crime to which the “domestic violence” label has been attached. Three elements must be met before the designation can be applied:

(2) “Upon a person with whom the actor has or has had an intimate relationship.”

An “intimate relationship” can include:

(3) “For the purpose of coercion, control, punishment, intimidation or revenge:”

This element is inherently ambiguous because it relies on a conclusion regarding your mental state – that is, the ultimate motivation for your act or threat of “violence.”

Common Crimes to Which Domestic Violence is Applied

The following crimes are among the most common to which the “domestic violence” designation is applied, although just about any crime can apply under certain circumstances:

Due Process vs. Victim’s Rights

When a designation of domestic violence is applied to a crime, certain “victim’s rights” procedural modifications kick in that do not apply to most other crimes. In practice, these modifications work to the disadvantage of the defendant, even the victim of a false accusation. These modifications include:

Under federal law, a misdemeanor or felony domestic violence conviction will prevent you from legally possessing a firearm ever again. Obviously, such a prohibition is likely to end your military career, although this is not a certainty. The irony here is that, as discussed above, you don’t even need to have committed any act of violence, as that term is commonly understood, in order to become subject to the firearms ban. Obviously, an acquittal or even a plea bargain down to a lesser charge is better than forfeiting your entire career. Hiring a domestic violence defense lawyer in Colorado may be the best route to go if you want to protect your military career, reputation, and freedom.

Between conviction and sentencing, you may be required to undergo an evaluation designed to determine whether a treatment program would be appropriate. A treatment program must be approved by the court. The typical treatment class is held one hour a week for 36 weeks, for a total of 36 hours. At the conclusion of the class, you will be subject to a mandatory evaluation.

If you are charged with a domestic violence offense after three previous convictions, the prosecutor can seek to have the court declare you a “habitual domestic violence offender,” which is a Class Five felony with a sentence of one to three years in prison, mandatory parole of two years, and a fine of up to $100,000. I cannot stress enough the importance of teaming up with a knowledgeable and experienced Colorado domestic violence defense lawyer to help you.

There are a number of legal defenses that may be available to you, including:

A myriad of other potential defenses might be applicable, depending on the specific circumstances of your case – every case is different, and a skilled Colorado domestic violence defense attorney will be able to exploit the facts to your advantage.

Defending yourself against domestic violence charges doesn’t make much more sense than performing surgery on yourself to remove a tumor. Likewise, hiring a novice lawyer or one with inadequate domestic violence experience is like hiring a medical student to perform surgery on you. Not only am I an experienced domestic violence defense attorney, but I am also a former prosecutor, so I understand how the system works and what you will be facing. I hope that you will consider contacting me at 719-577-9700 or through my online contact page so that we can discuss the charges against you.

I provide an initial consultation free of charge, and I can meet you at the jail where you are being held. Even if you aren’t ready to speak with me yet, please take some time to review the information contained in the domestic violence category of my blog. I have done my best to supply you with a thorough explanation of exactly what you are up against.