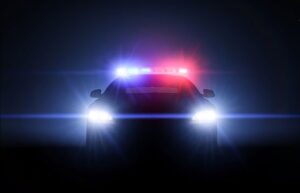 Colorado’s intoxicated driving laws are among the nation’s strictest, both in terms of criminal charges and penalties and in terms of the maximum amount of blood alcohol content that can legally be in your system while driving.

If you have been charged with a DUI, DWAI, or DUID in Colorado Springs, it is best to team up with a DUI defense lawyer who knows the system very well and can save your reputation and possibly help you avoid jail time and a criminal record. Christian Schwaner is a Colorado Springs DUI defense attorney with that kind of knowledge.

Christian Schwaner previously served as a special prosecutor in Pueblo and Canon City and as a deputy district attorney in Teller and El Paso counties. He also has extensive experience gained over two decades of successful legal practice as a criminal defense lawyer in Colorado. Regardless of the criminal penalties you face, call us for an initial consultation. Our law office can evaluate your drunk driving charge or other criminal charges and give you legal advice that will help.

The First Seven Days After a Colorado DUI Arrest Are Crucial

Colorado DUI cases can be serious, especially if you lose your license. You can’t drive if your license is suspended, which might be difficult. Without a car, you may have to rely on a friend, family member, cab, or driving service. The good news is that there are legal options. In Colorado, first-time DUI drivers can still retain driving privileges if they act quickly.

When reviewed promptly, the motorist is often given a modified license that permits them to drive to and from work and to run limited errands. It’s crucial to be proactive in both the civil and criminal elements of a DUI case, and a Colorado Springs DUI defense attorney can help.

Different Kinds of Driving Under the Influence (DUI) in Colorado

There are several different terminologies and legal definitions pertaining to driving while under the influence of alcohol or drugs in Colorado. The defining characteristics are specific and can impact the severity of your criminal and financial penalties under the law.

Here are how different charges for drunk driving arrests in Colorado are defined:

Driving Under the Influence (DUI)

To be arrested for DUI in Colorado, your BAC must generally equal or exceed 0.08 percent. A few beers in an hour will be enough to meet these criteria, depending on your body weight. However, even if your blood alcohol concentration is lower than this threshold, a prosecutor can still pursue a DUI conviction.

If you are a heavy drinker, you may not feel intoxicated even if your BAC exceeds 0.17 percent. You may have no trouble walking or speaking clearly, but it won’t matter once you are arrested. You will be treated the same as a novice drinker who passes out in the back of the squad car and will still need a strong defense.

Field sobriety tests can prove that your driving ability was impaired even if you have a low BAC. A Colorado Springs DUI defense attorney can investigate to discover if your test was incorrectly administered and, therefore, inadmissible.

Colorado routinely arrests drivers for DWAI if their BAC was at least 0.05 but lower than 0.08 percent. Although first-offense DWAI penalties are burdensome and distressing, they are lighter than the potential penalties of DUI.

Even though your sentence may be lighter, you can still benefit from the help of a Colorado Springs DUI defense lawyer. Your criminal defense attorney may be able to have your case dismissed or your penalty reduced.

If you are under 21, driving with a BAC of as low as 0.02 percent is against the law, although as long as it is below 0.08 percent, the penalties are not as severe as the penalties for a full-fledged DUI.

Driving Under the Influence of Drugs (DUID)

While driving under the influence of alcohol is subject to well-defined legal minimum BAC limits, there are no such clear-cut limitations when it comes to prescription or illegal drugs. The prosecutor merely needs to prove that your driving abilities were “substantially impaired” as a result of your intoxication.

Since the legalization of recreational marijuana use in Colorado, the issue of drugged driving, known in Colorado as DUID, has attracted considerable attention. Colorado’s DUID law prohibits driving while under the influence of any intoxicating drug.

You could be arrested for DUID regardless of whether the substance you ingested was legal or not. A DUI defense lawyer in Colorado Springs will be knowledgeable of the laws and defense techniques pertaining to DUI charges.

Prosecutors can also win convictions for driving under the influence of a combination of alcohol and drugs. An experienced Colorado DUI lawyer can help you to reduce or escape the penalties. It is important to choose an attorney who knows the system well and who can fight for your freedom.

If you are under 21 and your BAC was between 0.02 and 0.05, you will be fined between $15 and $100 for a first offense. You may also be sentenced to up to 24 hours of community service and ordered to complete an alcohol education program.

Penalties for subsequent offenses include up to 90 days in jail and a fine of up to $300. If your BAC was 0.05 or higher, you will be charged with DUI or DWAI.

DUID (Driving Under the Influence of Drugs)

Enhanced penalties apply to DUI offenders whose BAC is at least 0.17 percent. In addition to the usual penalties, you will be required to rent and install an IID (Ignition Interlock Device) on your vehicle in order to receive a restricted license after your driver’s license suspension period expires.

Additionally, since the judge has some discretion in determining your sentence, a BAC of 0.17 or greater might tempt the judge to “throw the book at you.” A DUI lawyer in Colorado Springs can work to help soften the sentence by presenting legal arguments on your behalf.

In some cases, alternative sentencing may be available.

If you were convicted of DUI in 1987, for example, an offense committed in 2016 will be counted as a second offense. Colorado will hold a previous conviction against you, even if it was from out of state.

A second offense DUI carries the following penalties in Colorado:

A third-offense DUI carries the following penalties in Colorado:

Fourth and subsequent DUIs are felonies punishable by up to six years in prison and a fine of up to $500,000, among other possible penalties. Do not hesitate to contact an experienced DUI lawyer in Colorado Springs who can, at the very least, help minimize the penalties.

Most DUI offenders are convicted based on the results of a blood, breath, or urine test, often referred to as a chemical test. Since a police officer is not generally entitled to physically force you to submit, you might imagine that you can avoid DUI penalties by refusing to take the test.

But it doesn’t work that way. Your driver’s license can be suspended for one to three years simply for refusing to take a chemical test, and you can also be required to obtain SR-22 auto insurance, which imposes more onerous burdens than ordinary auto insurance.

Moreover, you can be convicted of DUI even without the results of a chemical test. The prosecutor might rely on the officer’s testimony or video footage of your arrest, for example.

Despite the strong public policy against DUI, as well as the stringent penalties attached to it, your cause is not necessarily hopeless just because you were arrested for DUI or a related offense. A Colorado Springs DUI attorney may be able to craft a defense on your behalf.

Depending on the facts of your particular case, a variety of DUI defenses might be available, including:

Many more potential defenses might be available, depending on the circumstances surrounding your case. A DUI lawyer in Colorado Springs can provide advice on your particular case and the type of DUI defense strategy that can work for you.

Fight Back with a Colorado Springs DUI Defense Lawyer

Don’t let a temporary lapse in judgment put your future and your freedom in jeopardy. The first seven days after a DUI arrest are the most critical to your defense. You don’t have to lie down while the Colorado criminal justice system walks all over you. You can fight back.

Christian Schwaner is an experienced Colorado Springs DUI defense attorney who is a former prosecutor who can defend your rights and help protect your freedom. You don’t have to navigate the Colorado criminal justice minefield on your own.

We have helped hundreds of people just like you through this trying time. If you have been arrested for DUI or a related offense in the Colorado Springs area, contact Christian Schwaner now to discuss your options. Your consultation is free, and your attorney can even visit you in jail.

Am I going to go to Jail for my DUI?

What do I do when stopped for a DUI?

Am I going to lose my license?